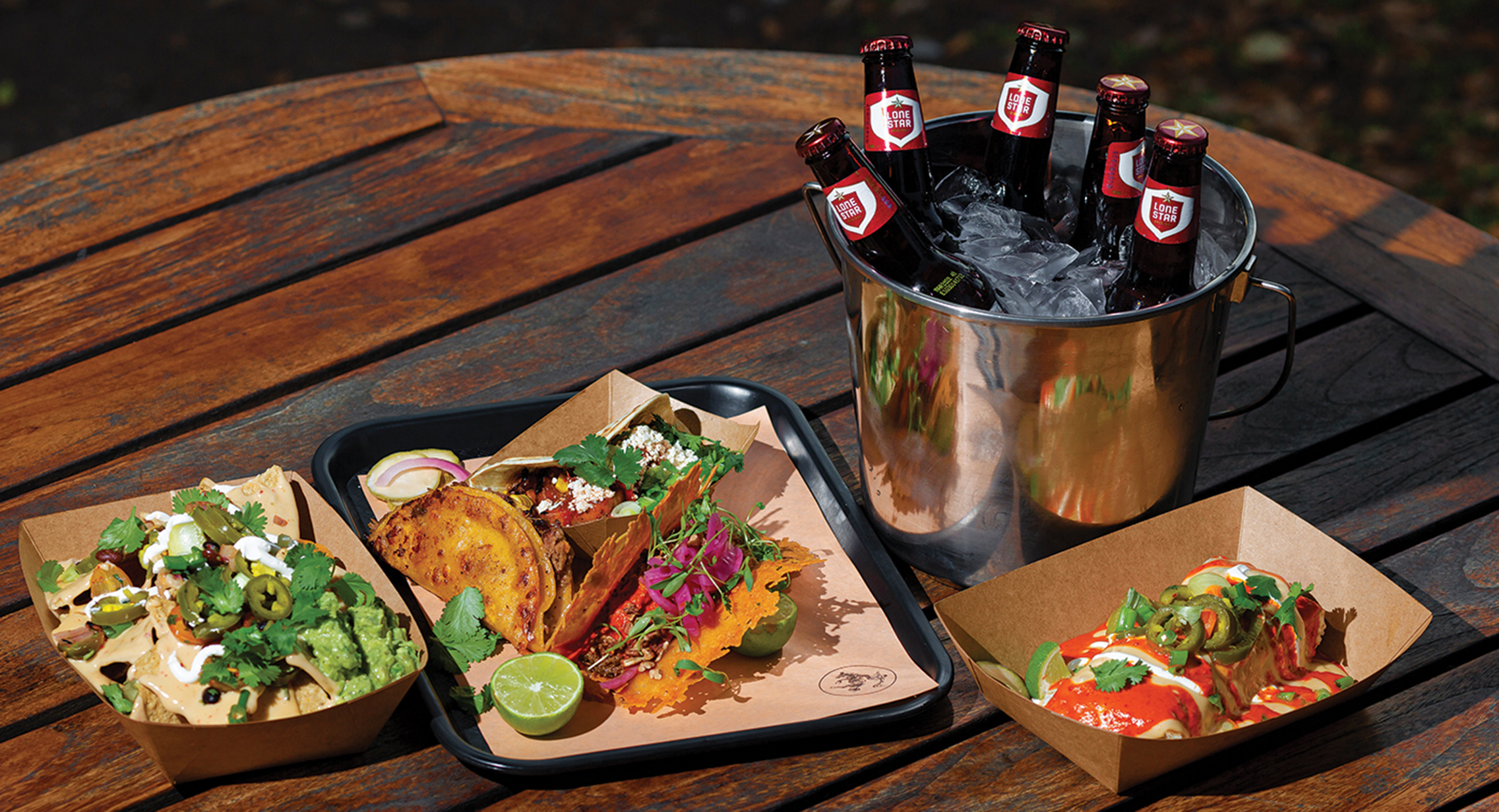 The Texas Icehouse is resurrected at Saddle Up

As a third-generation Austinian, pitmaster Tom Micklethwait has deep roots in the capital. For example, his maternal great-grandfather was Cater Joseph, the business owner of Joseph’s Man’s Shop on Congress Avenue, which outfitted famous President Lyndon B. Johnson.

So, it might come as a little surprising that his latest venture is something better associated with Houston: the icehouse. But unlike the glorified garage bays of South Texas, where cheap Shiners and flat-screen TVs are de rigueur, Micklethwait wanted to go back even further, to a time when these watering holes had a larger geographic presence – and they were actually selling blocks of ice for refrigeration.

“I thought it would be boring to go from a barbecue trailer to just a [brick-and-mortar] barbecue restaurant,” says Micklethwait. “I wanted to be a bigger part of the community, where you could have a cool grocery store in a small town next to a place for lunch: kind of like how places like Smitty’s Market [in Lockhart] has begun.

Located in a 1950s bungalow on the same property as its two standout food trailers – Taco Bronco and Micklethwait Craft Meats – Saddle Up accomplishes this feat by offering grocery essentials in a number of creative ways: homemade deli meats like city ​​and mortadella, local produce, breads and pastries from Baker Kelly Hill and, most importantly, shelves of beer and chilled wine for retail or on-site indulgence.

“If you look like a convenience store, you need convenience store-style offerings,” he says. “That’s why we create personalized versions of Twinkies and Little Debbie snacks. We even have Alka-Seltzer to help you digest all the sweets and barbecue.

“It may seem simple, but it is absolutely crucial. An ice maker was the first thing we bought.

In addition to sandwich fillings, Saddle Up offers homemade jerky, soft serve, and an array of kolaches, including those stuffed with barbacoa and mac ‘n’ cheese.

“It’s got to be a great hangout spot where you want to grab a six-pack and some tacos and sit down for a while.”

More than a million Texans quit their jobs in 3 months