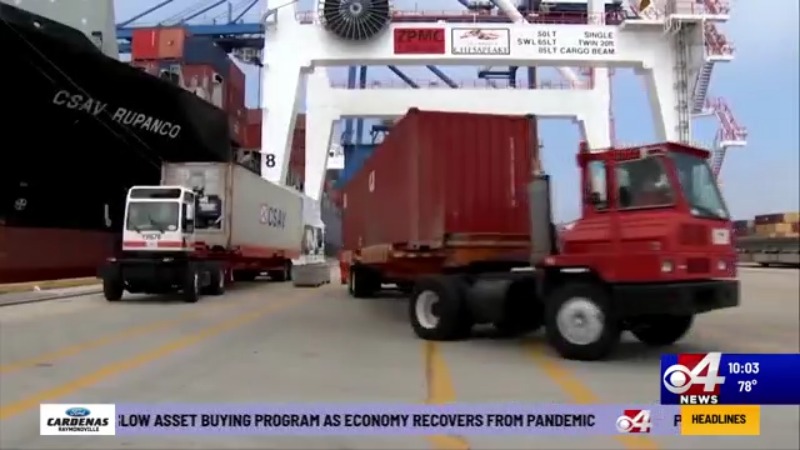 “Things that are not accessible on the west coast, it expands demand to all other commodities,” said Teo Sepulveda, an economist at South Texas College, as we may soon see the effects of the cargo backlog in California. , and adds Governor Abbott’s proposal to use our ports is possible.

“It helps a lot even if it’s only 25%, so it’s perfectly possible because it’s not just going to go through one port, but it can actually be split between different ports in Texas, even up to Florida, â€he said.

Sepulveda said it was also the choice of suppliers to move their cargo through our ports, but Hidalgo County Judge Richard Cortez said it would be a victory for the Rio Grande Valley.

â€œIt creates jobs, it creates wealth for the people who bring us goods and services,â€ Cortez said.

Judge Cortez said he would be on board to work with the governor on new plans to get more supplies through our ports of entry.

â€œOur relationship with Mexico is so important that we can build a trade route between MazatlÃ¡n and us,â€ Cortez said. “I think it would obviously work, it’s going to take time and planning.”

As the holidays approach, economists suggest ordering things in advance to prevent the supply chain from being overwhelmed.

â€œIf you can’t buy it weeks in advance, which is a more advisable action, just wait until later, there’s no rush. We can take advantage of January, the whole of March with the steady supply chain back to normal, â€Sepulveda said.

Sepulveda asks people to be patient as shortages occur in Texas, United States

Governor Abbott has not specified whether our ports will be used to help California.