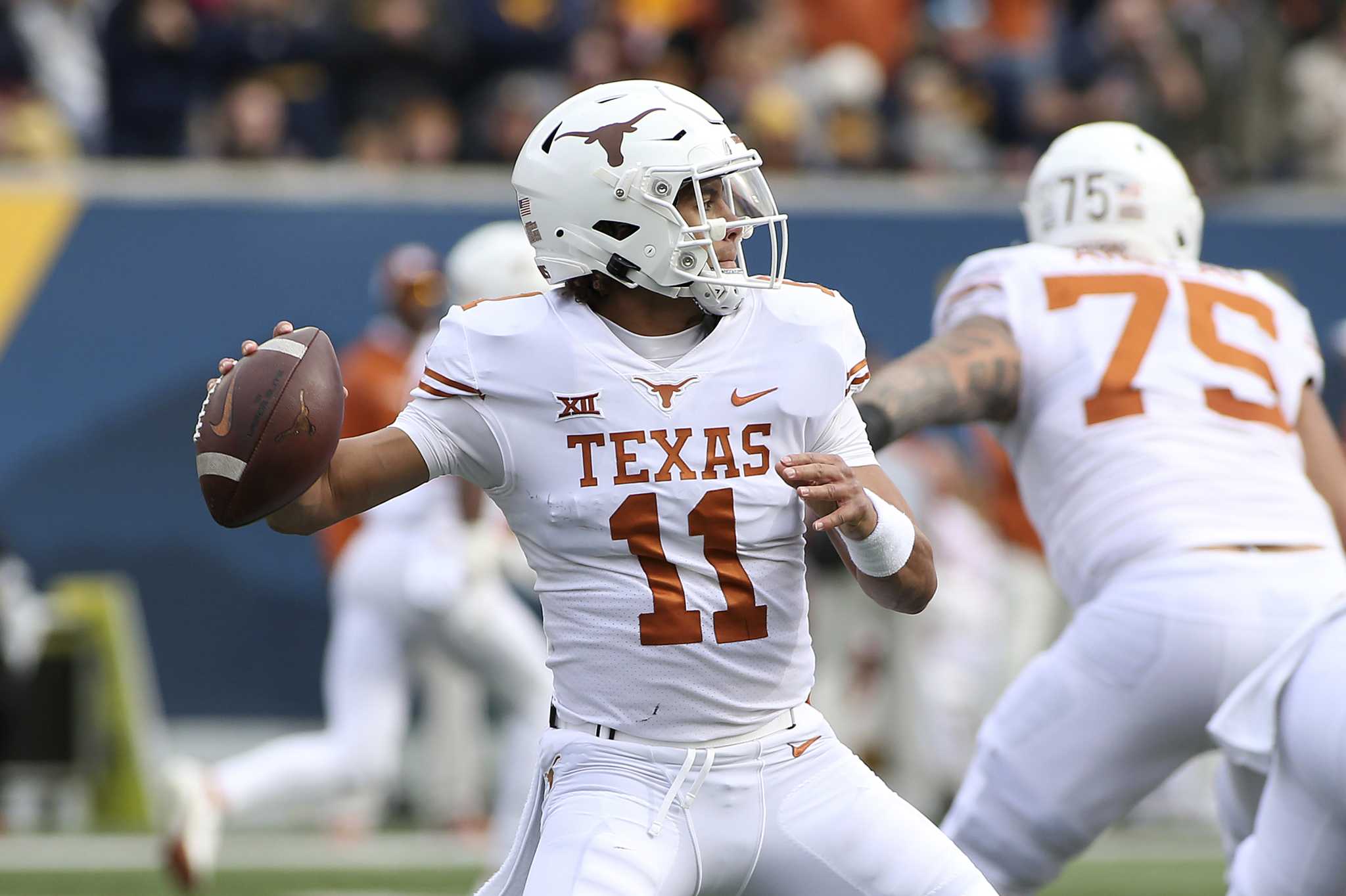 Junior Casey Thompson and red-shirted rookie Hudson Card both left behind last Saturday’s loss to West Virginia by treating new or aggravated injuries. Texas coach Steve Sarkisian said on Monday the two quarterbacks are “hand to mouth”, though he still expects Thompson to make his 10th straight start against the Wildcats.

Card, who replaced an ineffective Thompson at halftime, suffered an undisclosed lower-body injury after a WVU passer wound up on his legs. The team’s coaches escorted a hampered card to the sideline with 3:46 left and Texas led 31-23.

Thompson, playing with a thumb wrapped over his throwing hand, came into play in third and sixth in WVU 28. After half-back Roschon Johnson lost two yards in one run, Thompson’s pass in fourth and in the 8th wandered into the hands of WVU security Sean Mahone for an interception.

Texas (4-7, 2-6 Big 12) managed to get the ball back with 36 seconds left and a chance to force overtime. But Thompson made the thumb injury worse on the first try, so Card limped again.

But the clearly uncomfortable Card couldn’t maneuver Texas down the field for a score, sealing the Longhorns’ sixth straight loss and the first losing campaign since 2016.

Card finished the game 10 of 16 for 123 yards with a touchdown and 18 rushing yards. Thompson finished 4 of 14 for 29 yards and an interception.

If Thompson and Card aren’t available on Friday, Texas would look to Channel 3 Ben Ballard. The third-year substitute has only played one game, a cameo near the end of Texas’ lopsided victory over Colorado in the 2020 Alamo Bowl.