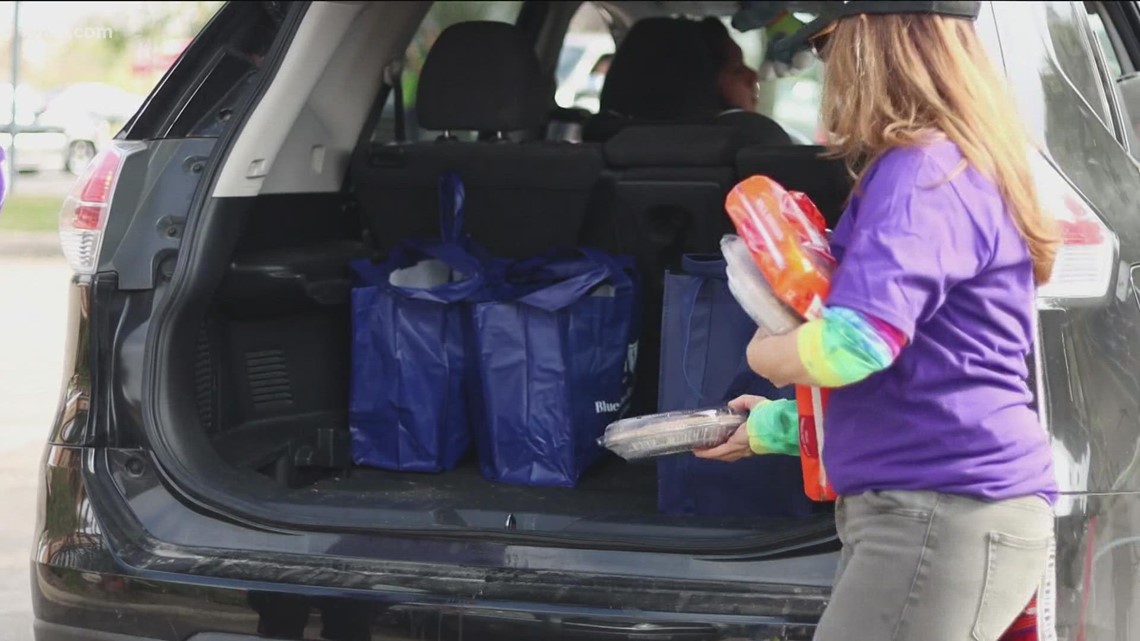 Without the â€œHands for Hopeâ€ meal distribution, Dasawne Cavanaugh says she wouldn’t have been able to afford her turkey this year.

AUSTIN, Texas – The current supply chain crisis has driven the price of Thanksgiving dinner up this year.

Despite the shortages and rising prices, El Buen Samaritano met from 9 a.m. to 2 p.m. on Saturday and handed out meal kits so that everyone could celebrate Thanksgiving with a good meal.

Dasawne Cavanaugh, who picked up her meal kit, said without the event, she wouldn’t have been able to afford this year’s turkey.

â€œPeople are really hungry, and they don’t get money like that, and I don’t have money, you know,â€ she said. “So it’s very complicated to have full meals.”

Murillo said they had more traction this year than in previous years due to rising food prices and shortages.

Plus, while some pantries struggle to get their hands on copious amounts of turkey, Murillo said they don’t.

“We are very fortunate to have a partnership with HEB which, for a few years now, has enabled us not to face this challenge”, she added. “For us it was, it’s a blessing that we were able to secureâ€¦ so many turkeys.”

With over 1,000 turkeys in hand, they were able to give back to those who needed it most.

Joe Ely Reflects on His ACL Hall of Fame Nomination