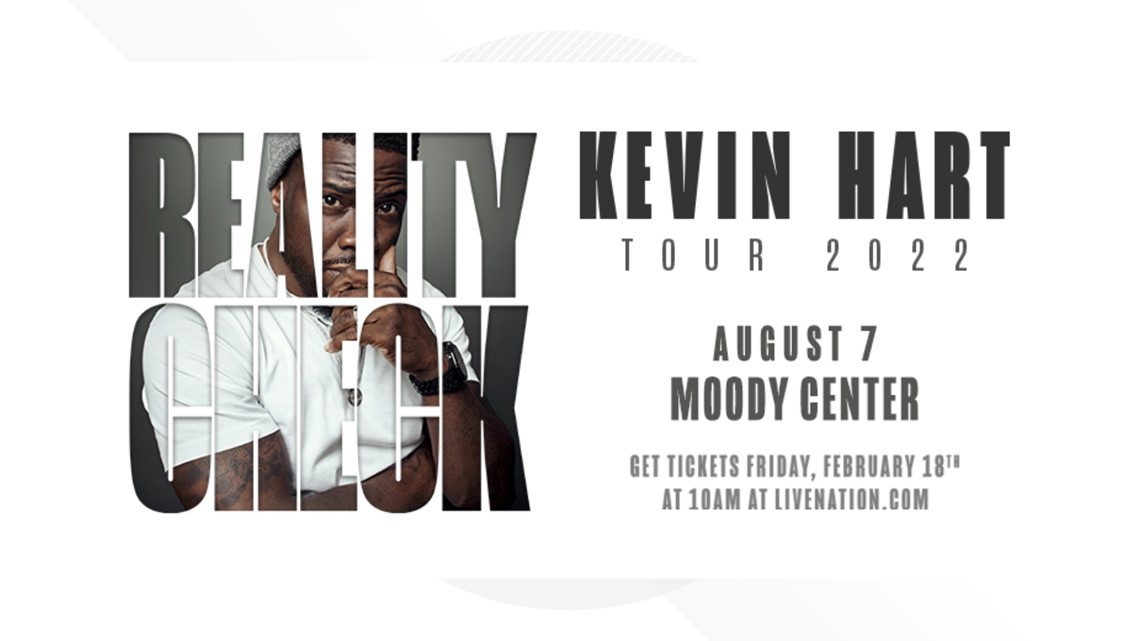 The comedy icon is scheduled to perform at the Moody Center on Sunday, August 7.

AUSTIN, Texas — Comedy icon Kevin Hart is back to his jokes on the road after announcing his first major tour in nearly four years.

Hart’s tour will stop in Austin. He will take the stage at UT’s brand new Moody Center on Sunday, August 7. If you can’t make it to the Austin show, Hart will also perform at the Toyota Center in Houston on August 5 at American Airlines. Arena in Dallas on August 12 and at the AT&T Center in San Antonio on August 13.

“I’m hyped as s— to go back on tour. There’s nothing better than making people laugh. I can feel the energy in places like the caffeine running through my veins. I have cooked something special and I have thoughts I need to get out of my chest. Go get your tickets and get ready for a great night!” the comedian said in a press release.

The “Reality Check” will be a completely phone-free experience. Attendees will be required to secure their phones in individual pouches provided by Yondr which may only be opened at the end of the event or in designated phone areas on site.

JUST ANNOUNCED: @KevinHart4real arrives at the Moody Center in Austin on August 7, 2022! Tickets on sale Friday, February 18 at 10 a.m.

Attendees will keep their own devices stored in pouches, but anyone seen using their device during the performance will be escorted by security.

For the health and safety of everyone in attendance, the event will follow local laws, public health authority guidelines, and venue COVID-19 policies, according to the Moody Center’s website. The event page states that “although there are currently no restrictions, enhanced health and safety policies including the requirement of a negative COVID-19 test (or alternatively proof of vaccination complete), may be put in place at any time prior to the show date at the discretion of the venue, presenter or tour.”

Tickets go on sale Friday, February 18 at 10 a.m. on KevinHartNation.com. There is also a presale from Wednesday February 16 to February 17.