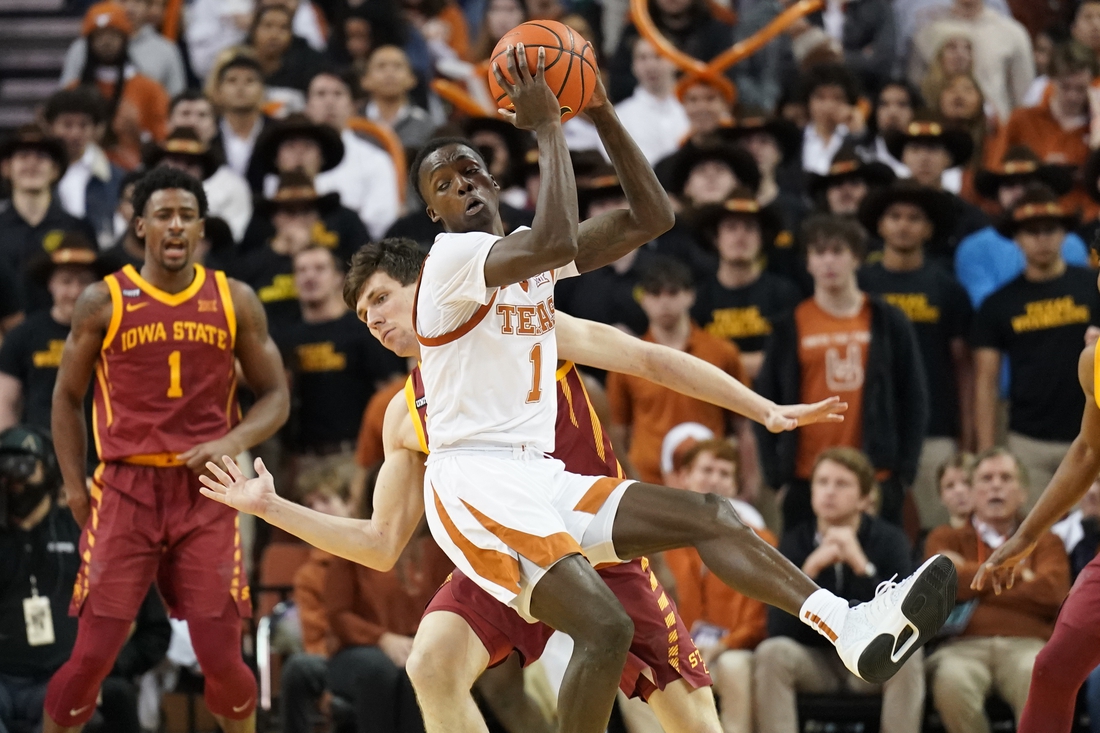 Expect the feathers to fly and every possession to be treated like a prized gem when the Texas No. 23 hosts the Kansas No. 10 on Monday in Austin, Texas, in the Big Glove’s final battle. 12 Conference.

Monday’s game is the first of the season between the two teams, followed March 5 in Lawrence, Kansas, to close out the regular season.

The Longhorns came from behind to batter Iowa State 63-42 as Andrew Jones and Marcus Carr scored 14 points apiece. It was Texas’ fourth win in its last five games.

Texas held the Cyclones to 28.6 percent shooting from the floor in the game and 25 percent in the second half.

“Just the next game, the next game on the schedule – keep playing hard,” Jones said after the win. “As long as we go out there and are aggressive and apply the pressure, we’re tough to beat. We can beat almost anyone in the country.

The Longhorns are now 17-0 this season when holding opponents to 60 points or less.

Christian Bishop added 10 points for Texas. The Longhorns went 9 of 23 from beyond the arc and outscored Iowa State 24-2 on turnovers.

Now comes Kansas, which eliminated shorthanded and struggling Baylor 83-59 to win its second straight game after being routed by Kentucky on Jan. 29.

“Kansas is pretty good. They’re having another good season,” Texas coach Chris Beard said in an understatement. “We’re going to have to play well.”

The Jayhawks (19-3, 8-1) got 18 points apiece from Ochai Agbaji and Christian Braun in the win. Braun also grabbed 10 rebounds and Jalen Wilson added 15 points for Kansas, who led by 18 points at the break and eventually edged Baylor 51.6 percent to 29.6 percent from the floor.

“It was a lot of fun,” Braun said afterwards. “We did a really good job today coming out with more energy than us (against Kentucky).”

The Jayhawks did everything right, also owning the boards (46-37) and forging a 48-26 point advantage in the paint while leading for all but the first 1:27 of the game.

“We were in tune, in sync defensively throughout the game,” said Big 12 top scorer Agbaji.

He missed Tuesday’s win at Iowa State due to COVID-19 protocol and played 32 minutes.