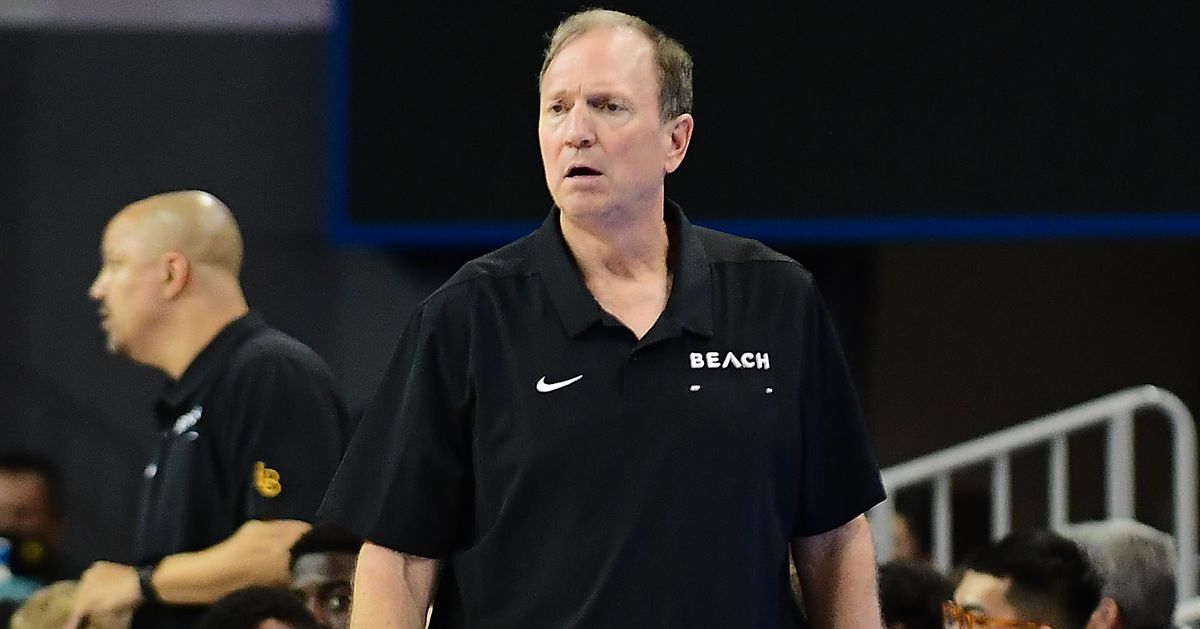 Type of…I have nothing to say about the ACC in general, or this tournament in particular. Go get your Coach K farewell molasses elsewhere. The league sucks this year. I will draw attention to the group of 15 teams. There are several 11-team conferences, but I will give the ACC their (our Lady-slurping) uniqueness here.

Let’s not give a damn and predict it Miami/WakeForest quarter-final winner to win it all.

NWM: Work for me. I had no idea our Lady was good again.

Iona is the overwhelming favorite, which is good since we all crave more Rick Pitino in our lives, don’t we? Iona will likely get a 13 at worst, so Illinois and/or an early exit from the B1G-UW tournament better watch out. That said, they’re only 90 at KenPom and none of the three conference losses are doing them any favors, so this could be title or bust for the Gaels. I suspect they will, but I don’t think it’s a certainty.

NWM: I’d be shocked if 30-Second Rick had an at-large, but I guess you never know. People who could upset the Gaels are St. Peter’s, on the other side of the board — the Peacocks have held five MAAC opponents to 51 points or less and are doing a good job defensively and getting air on the ball.

The problem for St. Pete’s is that it didn’t work against Iona, who is so long and athletic under Pitino that it’s hard to see him breaking any different. Give me the Gaels and fun at 13 out of 4 in the first round.

Type of…: I think North Texas should already have an at-large locked in, but the committee may not feel that way, especially given the season-ending loss to UTEP. But 23-5, 16-2 and #43 in NET should count for something.

Here’s the secret, though. UAB may actually be better. They split the season series and UAB’s loss was a single point. Andy Kennedy (remember him from Ole Miss?) to the Blazers is playing pretty well, and I’m picking them to make it a two-candidate league.

NWM: North Texas appears as a 12 seed in Lunardi’s bracketologyso the whole thing could be out of reach unless it’s a damn close loss to UAB in the finals?

I just appreciate C-USA’s weird splits madness, its two-court tournament setup…and I’m probably not going to watch a minute until the finals. Maybe, if you’re up for it, check out games featuring LaTech, which I remember having a pretty chonky point guard who does some fun stuff. But I will take north texas to win it.

Presented by the SET of the Hawaiian Islands! DOG !

Somehow…this tournament is at the Dollar Loan Center, and I’d like you to stop laughing because it’s a very serious conference that definitely won’t send former Minnesota coach Dan Monson to the NCAA tournament as the longtime head coach of The Beach.*
* Yes, you do remember that Long Beach State changed its nickname from 49ers— amid on-campus conversations about the legacy of the Gold Rush and settler colonialism — at simply “The Beach.” I say.

Type of…: That’s too good, especially since UC Riverside looks like a company that specializes in dodgy mortgages.

Notwithstanding Dan Monson, I have a good friend who is a Gaucho, so I’m going to encourage UCSB to run a race. Since the top six seeds are all between 120 and 171 in KenPom’s rankings, I’m looking forward to an open tournament.

NWM: It’s really strange that the Big West is supposed to be this good, because I’ve hardly ever seen or heard of it – COVID cancellations in California and such, I guess. While Hawaii has 6’10” phenom Kemaka Hepa, for height in the Big West I’m looking to UC Irvine Anteaters, who I’m guessing will roll out at least two trees at 6’11 “or better every game. It’s the steady hand I want. To roll anteaters.

Type of…: That’s never gonna happen for the state of Chicago, is it?

The novelty factor has worn off for Grand Canyon (and who would really cheer them on anyway?), so let’s cheer on Stephen F. Austin or New Mexico State, as they’re both traditionally tough in the NCAA Tournament. . (New Mexico State has already beaten Davidson this year.) And Seattle gave us Elgin Baylor, and one of the most unlikely national finalists decades ago.

The mid-majors are supposed to be where the real madness happens, but I’m rooting for chalk here (and then for the winner not to be placed in front of UW, so Stephen F. Austin definitely beats UW in a game 3/14, right?).

NWM: Your lips to the ears of God.

You’re right that the top two really are the most fun here, but it’s actually…a decent conference? ! Let’s look at Kenpom:

That… uh… isn’t that too shabby? NMSU is set to leave for C-USA, of course, as is Sam Houston State, but there’s a nice little stew there with Seattle, SFA and GCU.

Anyway, outside of the Aggies’ loss to heroic Chicago State – who we all hope will make a deep run in the tournament, of course – the fun starts when Seattle and SFA arrive on field. This one is going to have pace and a wild attack. I will take the Redhawks tripping NMSU and going dancing.

Here’s a place to talk a few hoops, if you like. Basketball has already started. Enjoy!

Texas has the most untapped wind potential in the United States