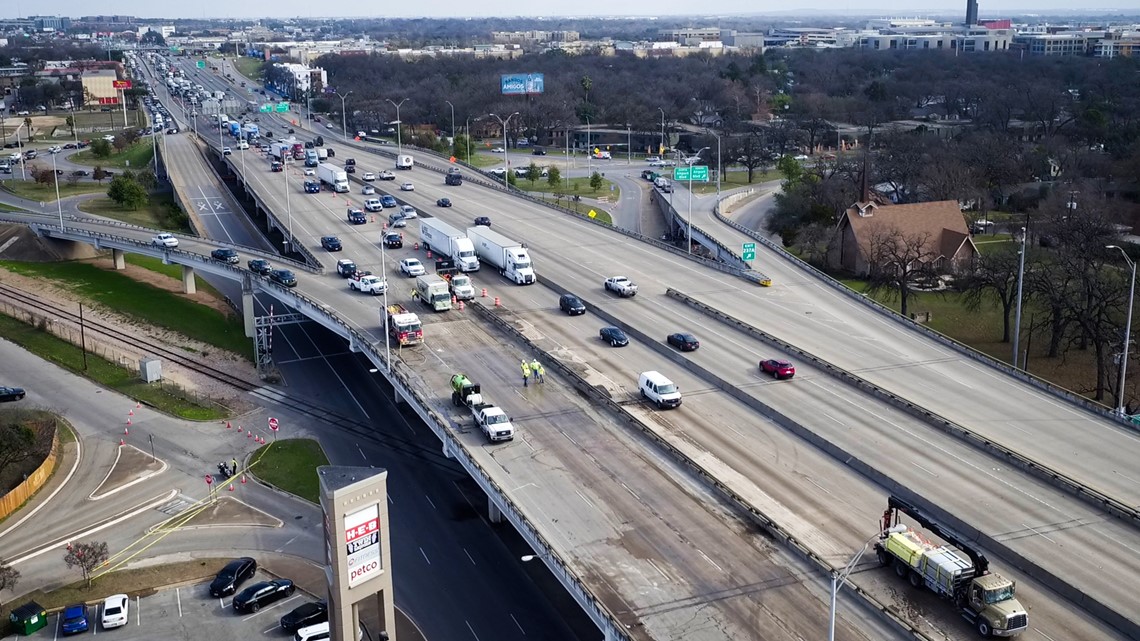 The Department of Transportation said Austin saw a 25% increase in road fatalities, above the national average of 16%. Texas jumped 17%.

AUSTIN, Texas – Austin has reached a record high rate of road fatalities in 2021, according to data from the city’s transportation department.

Lewis Leff, chief of transportation safety for Austin, said Austin is expected to see between 105 and 110 fatal crashes in 2021, the highest number on record in the city.

In Austin, the number of road fatalities has increased by nearly 25% year over year, according to Leff.

When you consider fatal traffic accidents and “serious injury crashes” combined, they most often occur between 1 a.m. and 3 a.m. on weekends, Leff said.

Leff also said that about two-thirds of fatalities occur on roads managed by the Texas Department of Transportation, such as Interstate 35, Highway 290 and Loop 360. Speed ​​is another factor. trend of fatal accidents.

“There’s a pretty good and rational explanation for this: the wider the roads, the higher the speeds, the less traffic control, you’re going to see more incidents like that because speed is the key. primary factor, “Leff mentioned.” The roads on the TxDOT system are generally front roads, usually freeways, and this is what we see playing into the severity of the crashes that have occurred. “ 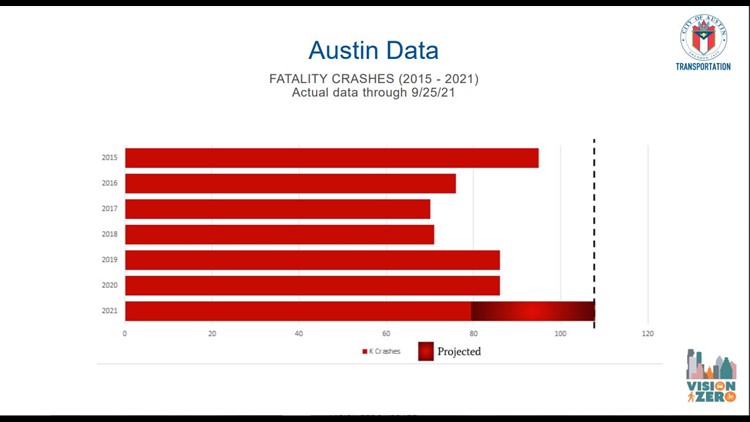 Compared to other metropolitan areas in Texas, however, Austin remains one of the safest places to drive. Austin is expected to have fewer combined road fatalities and serious injury crashes per capita than Houston, Dallas and Fort Worth. San Antonio has a smaller projection than Austin (just under 50 per 100,000 population).

The Austin Department of Transportation estimates that there were nearly 3,221 years of life lost among those who died in traffic crashes between January 1 and September 25. This number is a “public health measure” and represents the cumulative estimate of how long the victims would have lived, according to the department.

“These are birthdays and holidays, other major life events that will not be experienced, not only by those who have lost their lives, but by the family members and friends and colleagues who they miss. always, “Leff said at the city conference. Meeting of the mobility committee on October 7.