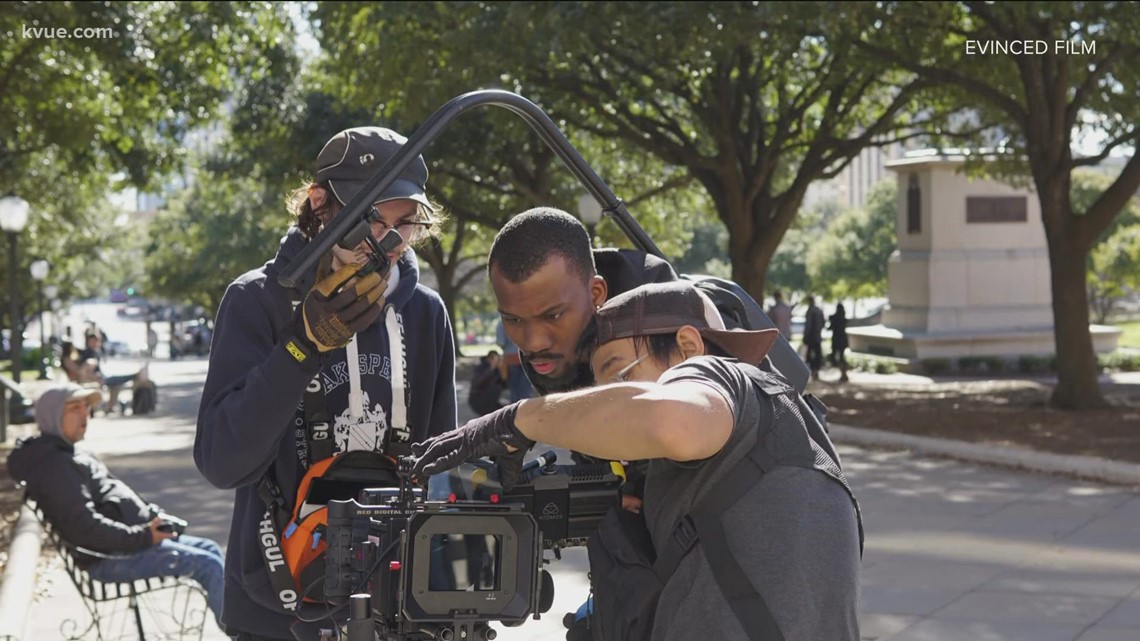 The indie sci-fi movie “Evinced” was filmed here and is due out in a few days.

AUSTIN, Texas — An indie film shot in Austin is set to be released in days, and the makers are looking for support.

KVUE spoke with the director of the film to find out what it is about and how the community can help.

“When I was making this film, I thought to myself if I was going to invest my money… [it] has to be a movie I’ll be proud of or love something I want to see,” said director Richeler Aladin.

“The synopsis is a man who makes prediction videos that come true [who] must get the help of a detective who is hunting him down to change the future,” he said.

The film was made by a team of Texans, including more than 20 Texas State University alumni. It was filmed locally in Austin with scenes at the Texas State Capitol.

“I really feel like I wouldn’t have been able to make this movie within reach if it wasn’t for being in Austin in this indie community, because some places understood that I was doing this from self-funded way, so they cut me a deal,” Aladdin said.

Taking inspiration from filmmakers like Quentin Tarantino and Christopher Nolan, Aladdin decided to pay for the making of the film himself. He said it helped him learn to be more resourceful.

“Then it also put me in a situation where I think I care more about the project; coming from a level of this is like literally my baby and all that, making sure I have that, that intensity with that,” he said.

Now that the filmmakers are done with the film, they are asking for help from the community.

“If we can get more than 200 pre-orders on Apple, iTunes or Apple TV, we increase our chances of trending on iTunes, which expands our reach,” he said.

Aladdin said he hoped people would help the film’s growth by pre-ordering it, but more than anything he wanted watching the film to be an enjoyable experience.

Klussmann in the Democratic primary for the 38th congressional district