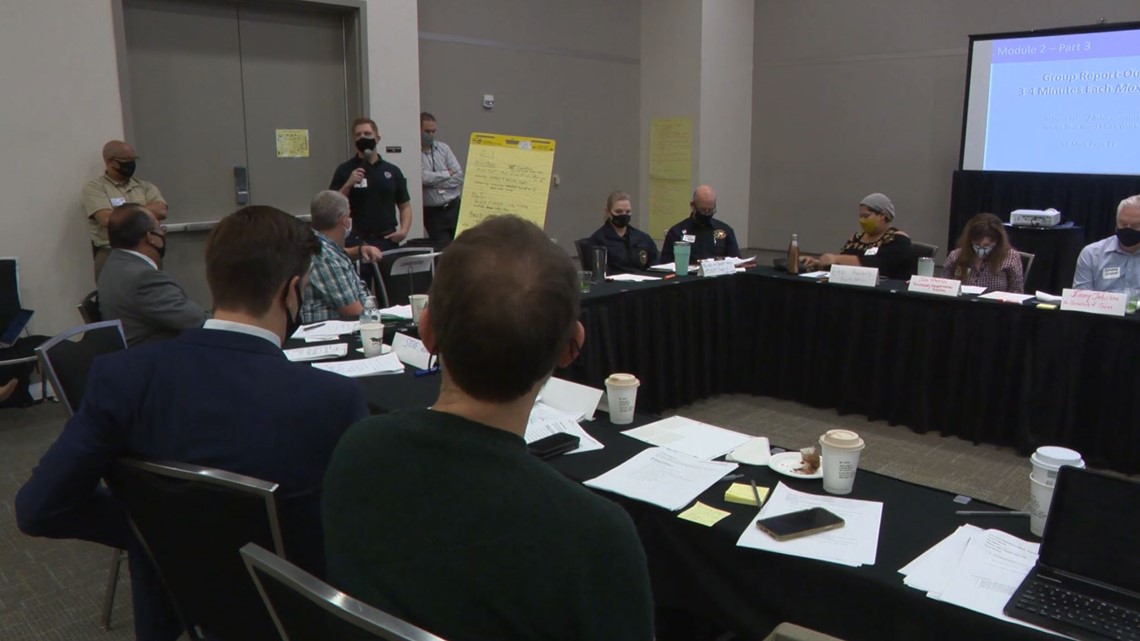 A range of areas were covered, including planning, essential transportation, infrastructure systems, logistics and supply chain management, and public health.

AUSTIN, Texas – The city of Austin and Travis County are bracing for the upcoming winter season and any potential disaster, following the devastating winter storms of February 2021.

On Wednesday, city and county departments, along with other government agencies, volunteer organizations, critical infrastructure, and private sector businesses gathered at the Austin Convention Center to discuss the needs of the community, if it was facing another severe or prolonged winter storm.

“Today was an opportunity for a number of organizations to discuss possible response and recovery plans following a hypothetical major winter event and its consequences that could possibly harm public services, transportation and other key infrastructure, â€the city of Austin said in a statement.

A range of areas were covered, including planning, essential transportation, infrastructure systems, logistics and supply chain management, public health, emergency medical services and communications. The five-hour session also considered how contingency plans might need to be modified or adapted in anticipation of this type of event.

Feedback provided at the event will help support policy and procedure updates for the City of Austin and Travis County, the city said.

â€œWith every unprecedented event, there are lessons to be learned about our preparedness, planning and response,â€ said Juan Ortiz, director of homeland security emergency management. â€œToday’s event – which included representatives from government, the private sector and non-governmental organizations – is part of that process. “

An audit last month showed the City was unprepared for the February storms. The audit found that the City did not have enough staff and supplies to respond to a severe winter storm. He also indicates that the recommendations which were made in the past were not followed and that the lack of preparation of the City “led to a less effective and disorganized response”.

Residents can visit readycentraltexas.org to learn more about the tools available to help with emergency preparedness. Residents are also encouraged to start making emergency kits and supplies now – including enough water, food, batteries, radio and first aid – for up to seven days. .