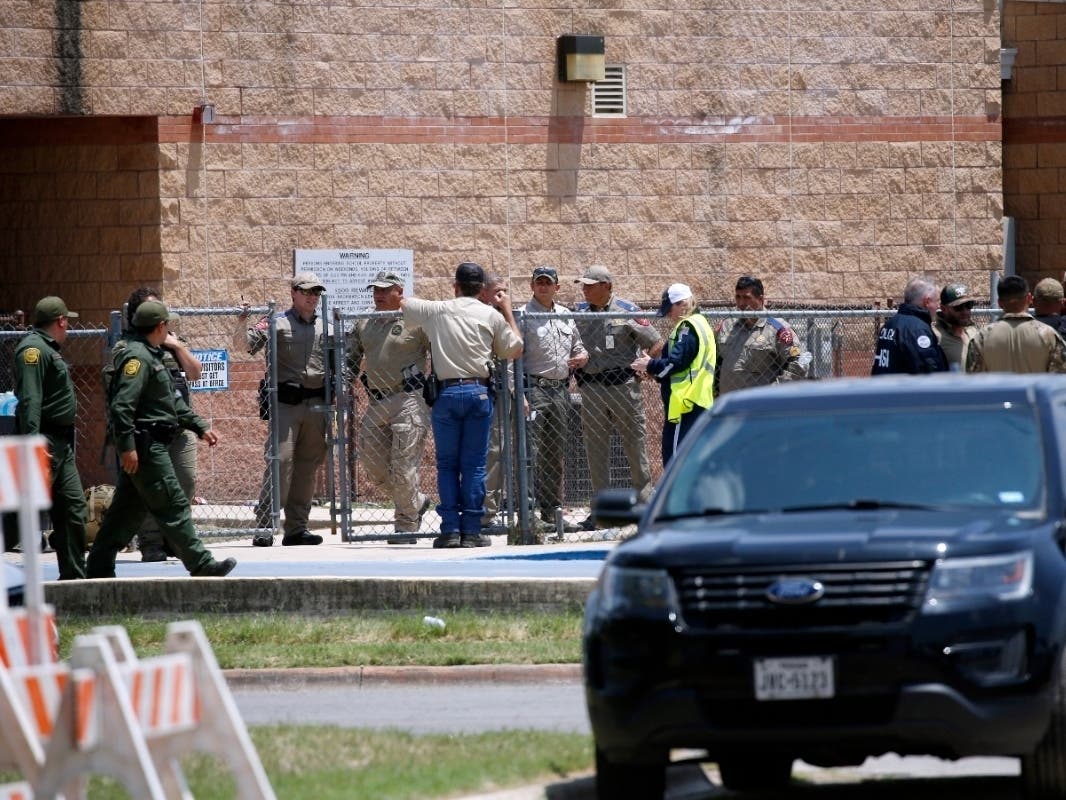 By Sneha Dey, The Texas Tribune

Sign up for The Brief, our daily newsletter that keeps readers up to date with the most essential news from Texas.

Nineteen children and two adults were killed Tuesday in a shooting at Robb Elementary School in Uvalde County, making it the deadliest shooting in Texas history.

“My heart is broken today,” Hal Harrell, superintendent of the Uvalde Consolidated Independent School District, said while fighting back tears at a press conference Tuesday night. “We are a small community and we need your prayers to get through this.”

“What happened in Uvalde is a horrific tragedy that cannot be tolerated in the state of Texas,” Abbott said.

President Joe Biden has spoken to Abbott to offer help, White House officials said. Biden also ordered flags on all public property and at US embassies to be flown at half-mast in memory of those killed.

“Tonight, I ask the nation to pray for them. Give parents and siblings the strength in the darkness they feel right now,” Biden said during a Tuesday night press briefing.

“As a nation, we have to ask ourselves – when in God’s name are we going to stand up to the gun lobby?” he said.

One of the two adult victims was identified as a teacher, Eva Mireles, by her aunt and A parent of a student on social networks. The other adult and the 19 children have not been identified. State Sen. Roland Gutierrez, D-San Antonio, told CNN there may be a third adult dead, but authorities have not confirmed this.

Authorities and hospital officials said other people were injured but did not confirm the number.

Abbott identified the shooter as Salvador Ramos, an 18-year-old Uvalde resident. The man abandoned his vehicle and entered Robb Elementary with a handgun and possibly a rifle, the governor said.

The shooter shot his grandmother before the school shooting, Gutierrez told CNN. The grandmother was airlifted to San Antonio and “still holding on” Tuesday night, according to information given to Gutierrez by the Texas Rangers.

The Daily Dot reported that the shooter had recently purchased a rifle online. He posted images of two rifles in his final Instagram post before the social media platform deleted the account, according to the outlet.

Robb Elementary teaches second, third, and fourth graders. Pupils were due to celebrate their last day of the school year on Thursday.

The school had 535 students in the 2020–21 school year, most of whom were Hispanic and considered economically disadvantaged. Uvalde is a relatively small town about 85 miles west of San Antonio. Its population of approximately 15,200 is predominantly Hispanic.

Earlier Tuesday, CISD Uvalde placed all campuses under lockdown after shots were fired in the area. Harrell said the school will be closed for the rest of the school year, although bereavement counseling will be offered to students.

U.S. Representative Tony Gonzales, a Republican whose district includes Robb Elementary School, wrote on Twitter, “My heart breaks for the town of Uvalde. Pray for our families.” and quoted a Bible verse.

The Uvalde massacre is the second deadliest shooting on record at an elementary, middle or high school in the United States, following the 2012 Sandy Hook Elementary shooting in Newtown, Connecticut, according to The New York Times. The Uvalde massacre is the eighth mass shooting in a public space in Texas since an Army psychiatrist opened fire on the Fort Hood Army base in November 2009, killing 13 people in what was later determined to be an act of religious extremism. Five years later, in April 2014, another Fort Hood soldier killed three people and injured a dozen others on base before killing himself in a firefight with military police.

Since then, the pace of mass shootings in Texas has accelerated, as has the death toll:

And over the past decade, state lawmakers have responded to mass shootings in Texas and elsewhere with a slew of laws that prioritized Second Amendment rights and increased Texans’ ability to carry guns in places where they were previously prohibited.

The 2012 mass shooting at Sandy Hook Elementary School in Newtown spurred a new Texas law the following year that created a school marshal program allowing certain employees to have firearms in Texas schools. .

Four years later, lawmakers allowed Texans to openly carry guns rather than having them concealed and required public universities to allow anyone with the proper license to carry concealed weapons in dorms. , classrooms and campus buildings.

Frankie Miranda, CEO of the Hispanic Federation, called for concrete steps to make Latino communities safer, such as commitments to fund mental health services and gun control measures. And in a joint statement, the National Education Association and the Texas State Teachers Association called on lawmakers to address gun violence: “Tragedies like this continue to happen while elected officials do nothing except, in the case of Texas, making guns more available.”

U.S. Senator Ted Cruz said in a statement on Tuesday that he was “uplifting the entire community of Uvalde in prayer during this devastating time.” He also has Told journalists that he does not consider gun control measures effective in preventing crime.

Abbott, along with Cruz and former President Donald Trump, is scheduled to speak Friday at the National Rifle Association’s 2022 annual meeting in Houston. Beto O’Rourke, the Democratic gubernatorial candidate challenging Abbott in the November general election, called on the governor Tuesday night to step aside from the meeting.

“Governor Abbott, if you have any decency, you will immediately withdraw from this weekend’s NRA convention and urge them to hold it anywhere but Texas,” O’Rourke tweeted.

Politico reported that a spokesperson for U.S. Senator John Cornyn said he would not attend the meeting, citing an unexpected change in his schedule that occurred before Uvalde’s shooting.

Disclosure: Politico, Texas State Teachers Association, The New York Times, and the University of Texas at Austin financially supported The Texas Tribune, a nonprofit, nonpartisan news organization that is funded in part by member donations, foundations and corporate sponsors. Financial supporters play no role in the journalism of the Tribune. Find a full list here.

The Texas Tribune is the only nonpartisan, digital, member-supported media organization that informs — and engages with — Texans about public policy, politics, government, and issues across the nation. State. Learn more at texastribune.com.